THINGS ARE  REALLY BAD IN THE UK, WE ARE IN ANOTHER  NATIONAL LOCKDOWN AND NOT ALLOWED OUT, SO I'M HAVING TO USE SOME REALLY OLD IMAGES TO SHOW AS MUCH AS I CAN  A HISTORY OF OUR BARN OWLS.

I must admit to things being totally out of control Virus wise in the UK and the vaccination programme  does not appear to be proceeding as planned, so with all that's going on and the threat of fines if you are perceived to be  travelling too great a distance I decided to post  a history of our Barn Owls since the first box was put in place.

We moved into this property in 1999 and after a considerable amount of work, we had  three JCB excavators in at one point clearing the land  which had previously been a smallholding with three enormous brick glasshouses that had been allowed to fall down, so all the brickwork  timber and glass had to be cleared and buried. so we eventually  finished with a good area of land with plenty of room for my Barn Owl Box, something I had always wanted as long as I can remember, as to why I'm not sure but I certainly had got the room.

We had been to visit our best friends, Brian and Sandra  on the Isle of Man to help build a tree house for the youngsters, and with the surplus boarding we built the first box. A farmer friend, Frank delivered a telegraph pole and in 2000 he arrived with his tractor and the box and pole went up with the greatest of ease, what a difference it makes  when a machine does the lifting.

In 2001 the box was  inhabited by a pair of Kestrels that raised three young then early  in 2002 I was talking on the phone to a local farmer friend  from in our kitchen a nd looking out when a white face appeared in the box entrance followed by a Barn Owl jumping out onto the front of the box, I told  George   who was down with us in a matter of minutes , he was quickly followed by a female and they raised five young that year, so much to my delight that's how it all started.

Our early images are all on prints as we only purchased our first digital camera in 2009, this being a Nikon D80 with 10.2 MP and used it with a Nikon 70- 210 lens, which I updated to a Nikon 70- 300mm lens and as we were taking images from our bedroom window  some  70 metres plus away from the box, as, I also moved a little closer taking some images from the back door of my workshop,during the early days  we did not hold a BTO schedule 1  license so we had to be sure of no disturbance to the birds. 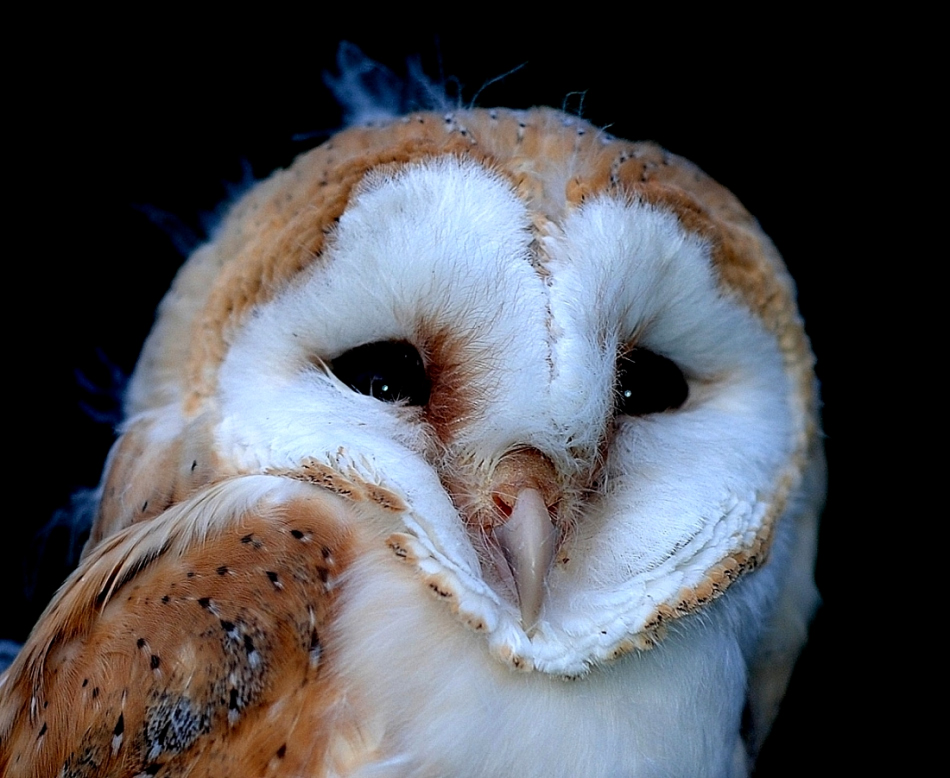 For some reason I only had images of two of the three Owlets.  Then I found the following. 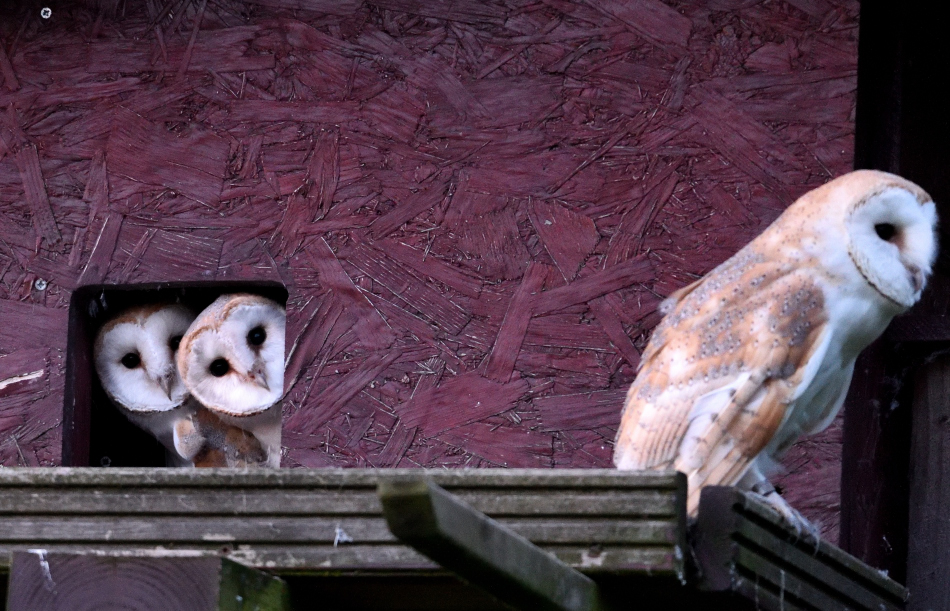 
Having our Barn Owls has been a labor  of love since day 1, not many people can have had such a close relationship with these beautiful  birds, and as I said earlier in the Year, I feel we are also monitored by the Owls.  We both feel extremely privileged.
I don't think we need any reminder of the 2020 fracas, plenty of owls but no Owlets, lets all hope for a return to normality in 2021 in more ways than just the Barn Owls.
Thank you for your visit, I  hope you have enjoyed it as much as I have in putting the post together, this post has taken more time than I could  have ever imagined but well worth every second.
Posted by Titus John White at 19:38